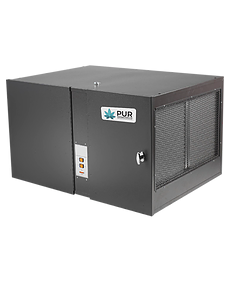 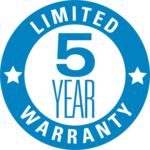 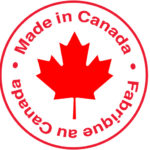 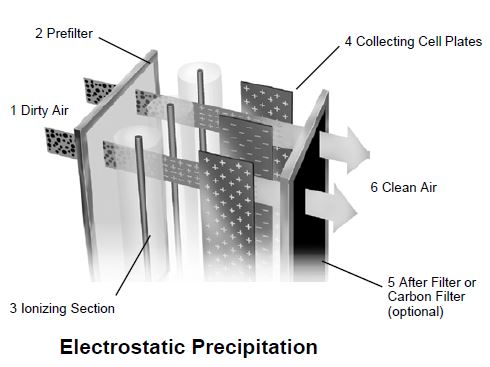 The PD-900SC Self-Contained Electronic Air Cleaner operates on the principle of electrostatic precipitation. Millions of airborne pollutants are drawn in through the intake grill on the front of the air cleaner and first pass through the prefilters where large particles are caught. Next, smaller particles move to the two-stage electrostatic collecting cells where they are given a powerful positive charge by the ionizing wires. Charged particles then move into the collecting area where they are attracted to a series of alternately charged and grounded plates. Pollutants are held on the plates like a magnet until washed away during cleaning. Air passes through the after filters to collect any agglomerated dust or through the optional carbon VOC filters to remove odors and gasses, and is then dispersed through the exhaust grill.